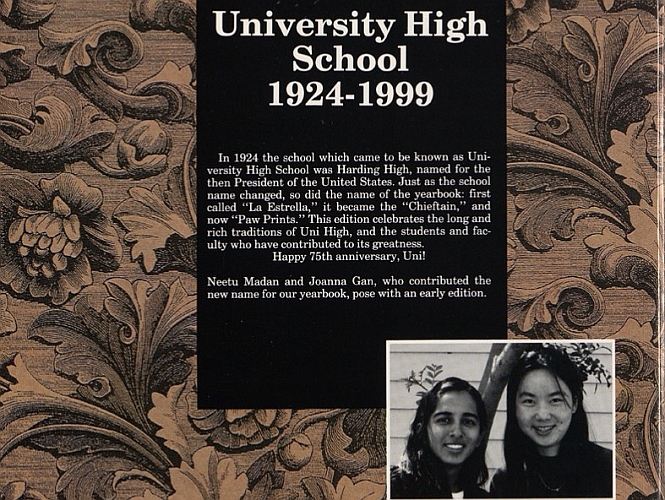 [Posted December 25, 2017] In Uni’s first year, the yearbook was titled La Estrella – “The Star” – but was changed to Chieftain for 1926 in honor of the school’s Warrior mascot.

Thanks to an edict from the Los Angeles Unified School District, Uni became the “Wildcats” for the 1998-99 school year and the yearbook was entitled “Enter the Wildcat.” 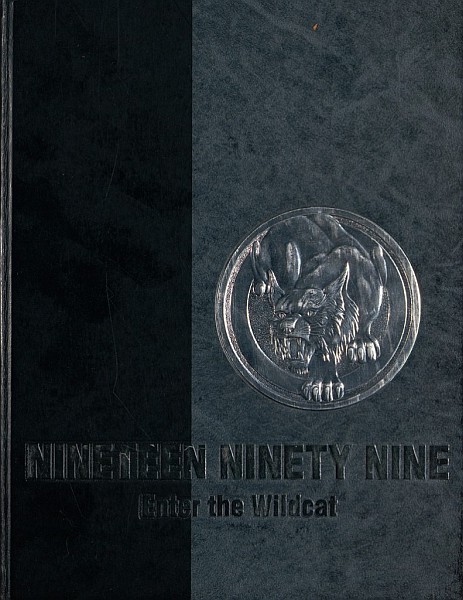 Moreover, the yearbook staff decided that in keeping with the change of name, the reference “Chieftain” was no longer appropriate. For the 75th anniversary yearbook, published in the spring of 1999, students Neetu Madan and Joanne Gan suggested a new title of Paw Prints and it was adopted (see the tribute above from page 6 of the 1999 yearbook)..

And that’s the title of today’s Uni yearbook! Maybe the future editors will come up with a new title for the 100th anniversary edition in spring of 2024?

One thought on “Uni’s yearbook: from “Chieftain” to “Paw Prints””