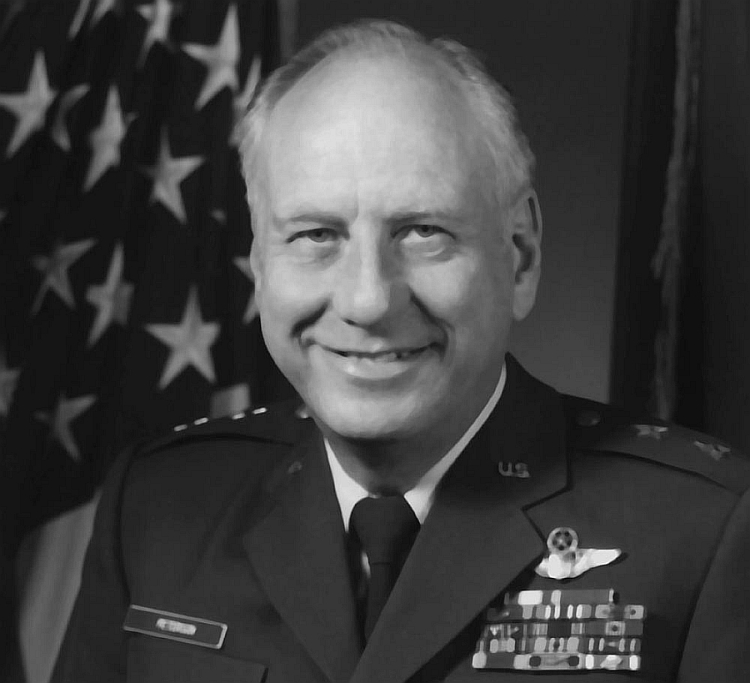 [Posted December 20, 2015] Roger Peterson S ‘47 sent in a contribution to the UHEF along with happy news of his retirement:

“[I] will finally retire after 75 years on a payroll including the United States Air Force (37 years from Private to Major General), United Technologies (10 years), Swiss Bank Corporation (12 years) and finally SunSouth Bank (14 years).”

He notes that “Thanks to you wonderful taxpayers, [I] received military scholarships to UCLA (B.S.), University of Colorado (M.S.), Harvard and CalTech.” He retired from the Air Force on June 1, 1984.

Peterson is one of two U.S. generals to graduate from Uni: both major generals (two stars) and both in the Air Force. The other was Paul Dettmer ‘73, who tragically passed away in 2014.

Uni grad Rick Ostiller ‘76 notes, however, that there was another U.S. general with a close connection to Uni: “[O]ur principal, Paul Godfrey, was a brigadier general in the Marine Corps, although as the link shows, he was not an alum.” Godfrey passed away in 2006 and is buried at Arlington National Cemetery.

If you’d like to add your name to Peterson’s on the UHEF Donor Roll, just go to the UHEF.org “Donate Now” page and enter your information (credit cards accepted securely through PayPal) to support Uni!