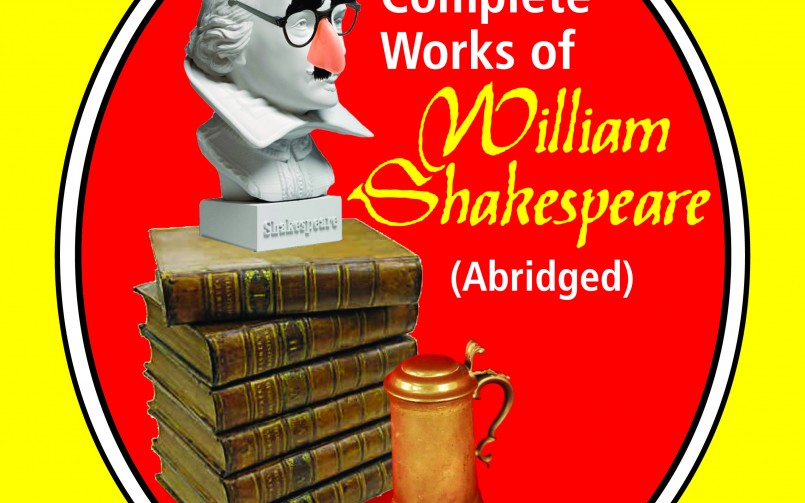 Uni Theatre Arts presents ALL of Shakespeare in under 90 minutes

Under the direction of Ronnie Sperling ‘76, the Uni Theatre Arts troupe will present four performances of “The Complete Works of William Shakespeare (Abridged)” on-campus on November 14, 15, 21 and 22.

Sperling, who can barely contain his enthusiasm under normal conditions, can’t wait to share his latest collaboration with Uni’s 2014 performers:

In a vaudeville style, actors speak directly to the audience during much of the play, and some scenes involve audience participation. Improvisation plays an important key role as the actors to deviate from the script. Somehow references to pop culture and current events find there way into the show. No two performances will be the same.”

All performances will be held at the Stivelman Theater on the Uni campus (11800 Texas Avenue, Los Angeles 90025). Admission is $12 at the door (cash-only; sorry, no credit cards). Street parking is widely available. 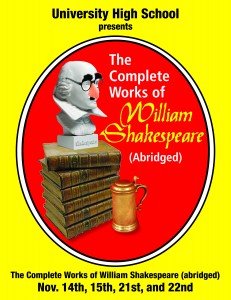 The show was created in 1987 by American stage performers and writers Adam Long, Daniel Singer and Jess Winfield. It was an immediate hit in its initial performances at the Edinburgh Fringe Festival and ran for more than nine years at the Criterion Theatre in London.

Although staged with as few as four performers, Uni’s upcoming production will include 13 cast members just for luck! In alphabetical order:

As Sperling notes, “A good time is guaranteed.”