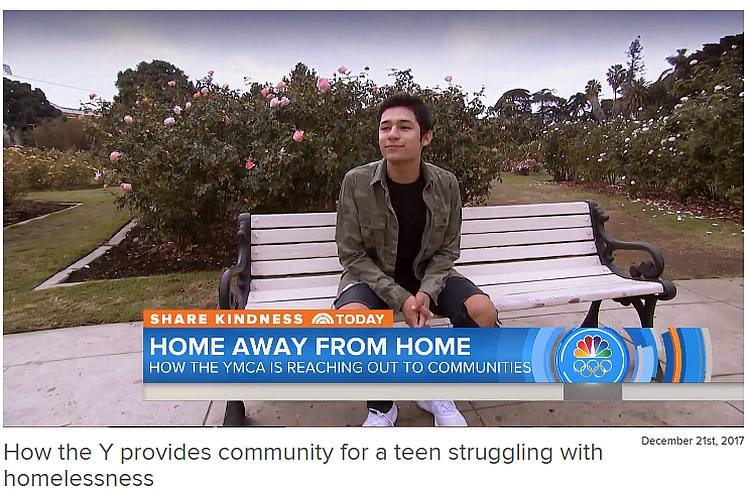 [Posted January 30, 2018] A December segment of NBC’s “Today” featured both a Uni student and the new Collins & Katz YMCA.

Guillermo Hercules, 17, a Uni student who has been plagued with homelessness in his young life, was profiled on “Today” by Sheinelle Jones last December 21 The segment not only addresses his challenges, but the sense of community he has found at the new YMCA on the Uni campus.

A Warren Christopher Scholarship winner as a sophomore in 2016, Hercules struck up a friendly relationship with YMCA spokesperson Jane Lynch, and with her assistance, has had the opportunity to interview for admission to his dream school, Holy Cross, in Worcester, Massachusetts.

The four-and-a-half minute clip also provides a nice look at the gorgeous facilities inside the new Collins & Katz Family YMCA.