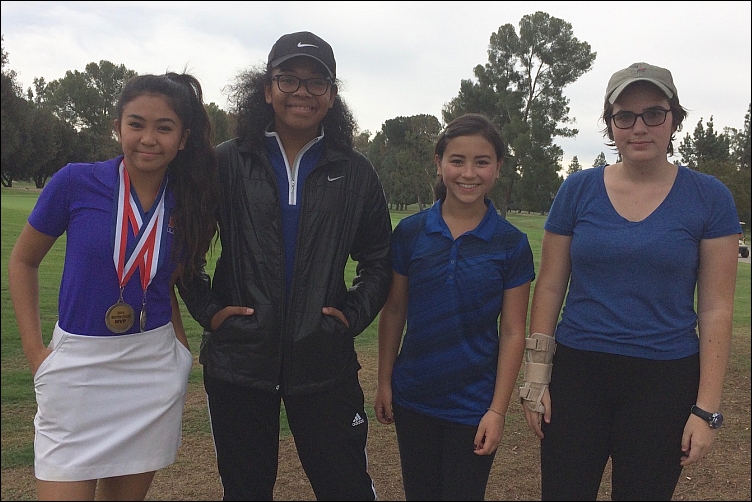 “I am a PGA golf professional by trade and a secondary education teacher through my college degree. As a golf professional at Brentwood Country Club, I conduct all the golf tournaments; give individual and group lessons; grow and promote junior golf programs; and assist managing the golf staff.

“The formation of the girl’s golf team is due to an aspiration to provide an equal opportunity for the girls to learn and play golf. The promotion to form a girl’s golf team was done through a girl [Eric’s daughter Kara] who played on the boy’s team two years ago when we won the League championship. She also happened to be the third best player in the team. Last year, she played in the girl’s league as an individual athlete and was the medalist in All-League matches. She played in the City Finals and Sectional Finals, where she finished as the lowest score from all the girls from the City section. Parents of current and incoming students heard of her accomplishments and inquired about creating a girl’s team. This year we are fortunate to have enough players to form a girl’s golf team, which may be the first-ever in the school’s history.”

With financial help from the Uni Hi Education Foundation, the girl’s golf program has completed its first practice rounds and is getting starting play against other Western League programs. The star is, unsurprisingly, Eric’s daughter Kara, who shot 40 for the nine-hole course at Penmar Golf Course on September 16. The other players include Akira Shelton (shot 58), Rose Upton (73), Eurielle Secarro (75) and Alison Wilbur (76).

Congratulations to the girls and to Coach Temena for putting together this history-making squad.