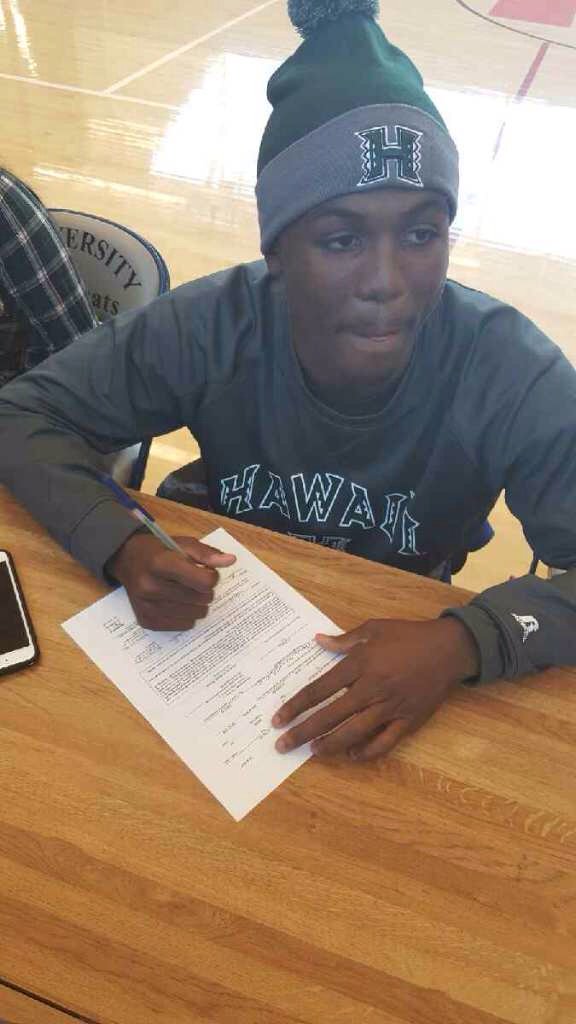 [Posted February 3, 2016] Congratulations to Uni senior and All-City football star Eugene Ford, who signed a National Letter of Intent to enroll (and play) at the University of Hawaii. Ford (6-2, 185 lbs.) played wide receiver and safety at Uni, but was recruited to be a defensive back for the Rainbow Warriors.

Ford signed his National Letter of Intent in a ceremony in the Uni gym on February 3, the first day on which commitments could be made. The NLI was then faxed (still the primary method of transmittal for college signees!) at 9:43 a.m. Ford is part of Hawaii’s 18-member recruiting class for new coach Nick Rolovich. More on the Hawaii class here.