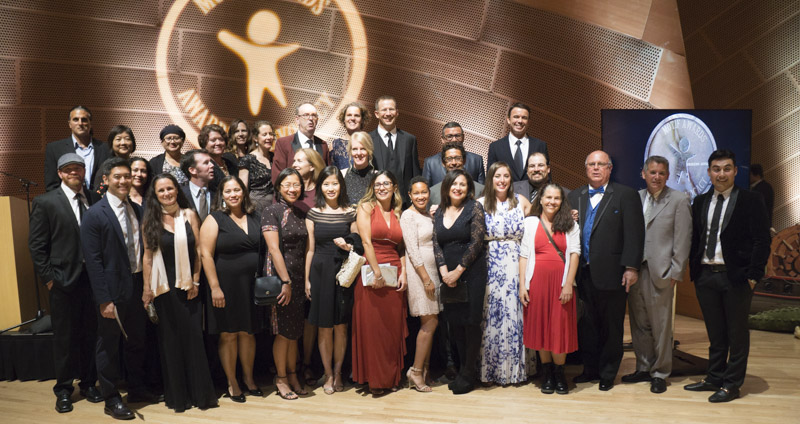 [Posted September 11, 2017] A remarkable honor for University High School and its faculty and staff was celebrated at the 2017 Disney Motif Awards at the Walt Disney Concert Hall in downtown Los Angeles on Sunday, September 10, 2017.

Pictured above: Uni faculty and staff at the Disney Motif Awards on September 10 at the Disney Hall in downtown los Angeles (UHEF photo by Ivan Finkle).

The entire Uni faculty was invited to the event, as were members of the Uni Hi Education Foundation, Principal Eric Davidson accepted the award on behalf of the entire Uni team, of which many were present at the ceremony. 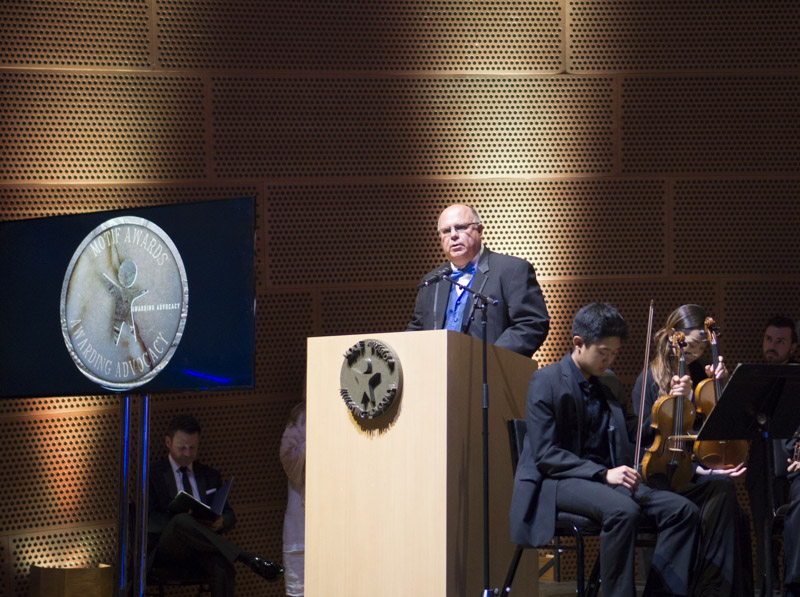 Other honorees included Lloyd Morrisett, founder of the Sesame Street Workshop, for the Lifetime Legacy Award; performer Jaleel White from the situation comedy “Family Matters” for the Global Humanitarian Award, and Mallory Lewis for the Advancement of Education Award for continuing Lamb Chop’s Play Along, the famed PBS pre-school program originated by her mother, Shari Lewis.