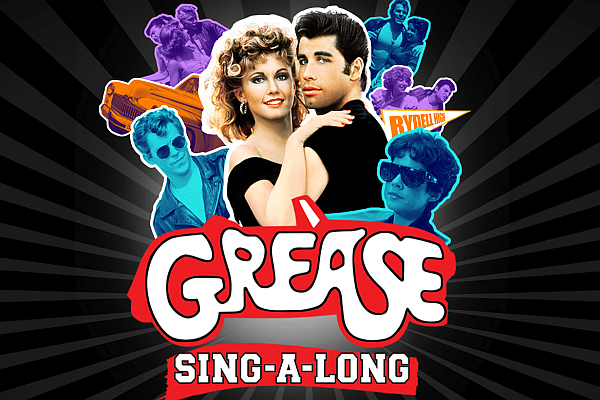 Thanks to all who attended the “Grease Sing-A-Long”

[Posted May 1, 2017] An enthusiastic crowd of parents, students and friends of Uni attended the April 29 fund-raiser for Uni Theater Arts highlighted by the showing of the Sing-A-Long version of “Grease.”

In addition to the movie were costume and dance contests under the direction of Uni’s own Ronnie Sperling ‘76. He noted that “The dance contest was a lot of fun. We had 20-25 kids on stage and played ‘Willie and the Hand Jive.’ We demonstrated what the Hand Jive was – a 1950s dance – and they all learned it and did it!

“We also went into the audience and had a ‘Grease’ trivia contest and gave out lots of prizes. That included some gift certificates that were donated by Café ‘50s, which was founded by a Uni alum.”

The program, which was primarily an experiment to see if this kind of program could be organized successfully, ran smoothly and earned about $500 for the Uni Theater Arts program. Next year: bigger and better!