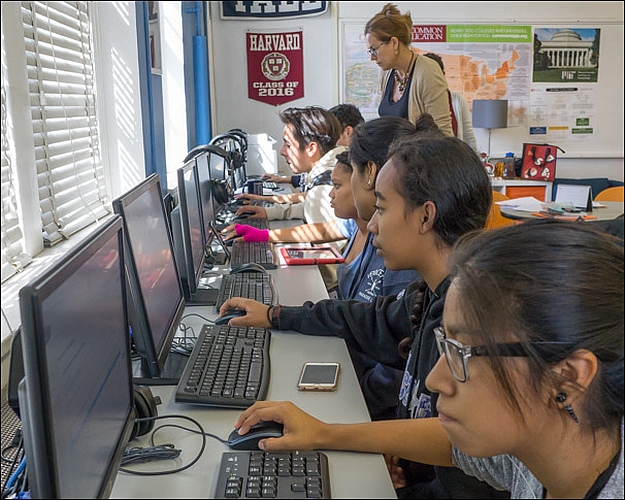 [Posted November 20, 2016] Your contributions help the UHEF support University High School with resources beyond what it can obtain on its own. Pictured above: Uni College Center Director Paula Van Norden in the refurbished College Center (Photo courtesy Ivan Finkle/UHEF) A recent case in point: Uni’s Mednick College Center. Started with a $50,000 grant from Steve Kirsch ‘74 and his wife Michelle through their Steve and Michelle Kirsch Foundation in 1999, and named for the late long-time Uni lead counselor, Sharon Mednick, the College Center’s infrastructure had faded over […]