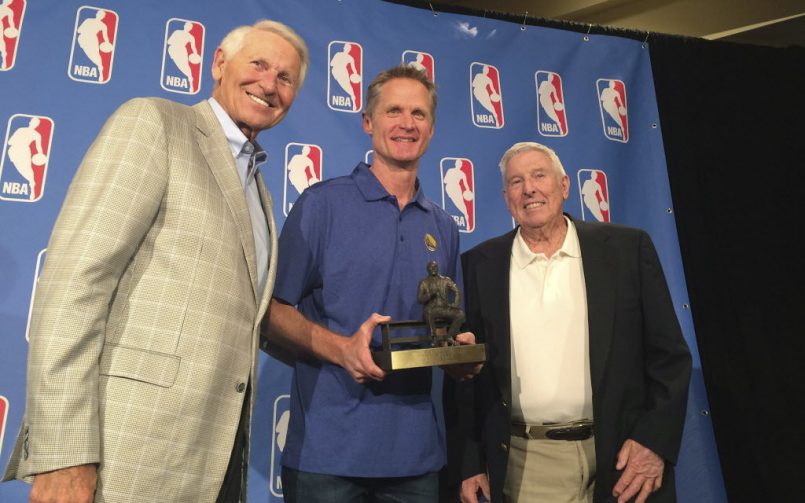 [Posted September 20, 2017] A Uni alum who made a major impact on high school sports in Southern California has passed after a memorable career.

Jerry Marvin Jr., S’48, the long-time basketball coach at Palisades High School, passed at age 87 on August 27, after a long illness. He was the son of Jerry Marvin, who taught and coached at Uni from 1931 to 1962, and who led Uni to its only City basketball title in 1954.

Marvin Jr. went to UCLA after his time at Uni and became the coach at Bell High School in 1955 and then at Palisades in 1961 and continued for the next 30 years. During that time, he also had one City title team, in 1969, and coached NBA stars such as Kiki Vandeweghe and Steve Kerr.

In an April 1991 feature in the Los Angeles Times about his retirement, he decried the changes which had come into the game during his tenure at Pali:

“Marvin, who has coached at Palisades since the school opened in 1961, said he is leaving not because he no longer loves the game, but because the game – and athletics in general – has gotten out of control.

“‘The only thing I’ve been crazy about is basketball,’ said Marvin, 61, who led the 1969 Palisades team to a Los Angeles City championship and finished with a career record of 284-130 at the school.

“But he said that something has gone terribly wrong with basketball when high school coaches have to resort to recruiting players in order to compete and high school players think they are going to play their way into million-dollar professional contracts.”

Marvin Jr. is survived by his wife, Gaelyn, a son and a daughter and two grandchildren. A memorial service was held at the Pacific Palisades Presbyterian Church, including reflections from Vandeweghe and Olympic volleyball gold medalist Chris Marlowe.