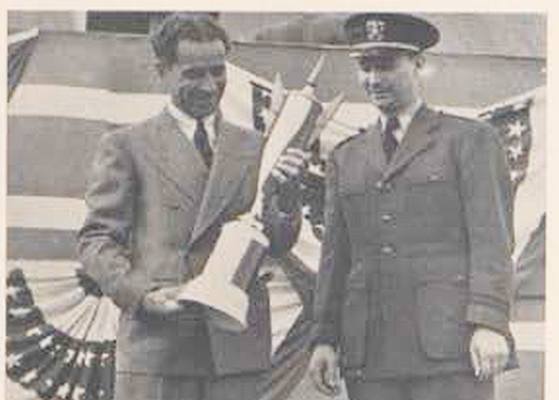 We’ve written a lot about the late Uni coach Dick Kampmann, who passed away earlier this year at age 92. But Kampmann always talked about the man he followed at Uni – Jim Pursell – as the inspiration for his great success.

A marvelous comment about Pursell was received on the UHEF.org Web site from Ray Sanchez ‘58:

“Jim Pursell was our track coach, but he was so much more. Mr. Pursell was a ‘life’ coach. He touched my life very deeply. One of my friends, John Giba, matched Mel Patton’s 100-yard dash record (9.8), and was admired by Mr. Pursell because John reminded him of Mel Patton.

“I happen to be writing a book (which has already been published, but will be rewritten and, hopefully republished), in which I partially include in detail the history of Uni Hi, and which includes Mel Patton’s station within our proud history.

“I was fortunate to have been a Uni Hi ‘WARRIOR,’ and as far as I’m concerned, Uni Hi will always be the home of the WARRIORS! However, naming the track field for Mel Patton is in keeping with the spirit of naming Jackie Robinson Field at UCLA for him. Because I had the opportunity to travel through Europe during my military service (USAF 1958-65) I proudly testify that there have never been in my life the quality of friendships like those at Uni Hi.

“I will always deeply respect and admire the “character” that many of our teachers inspired in us – especially Jim Pursell. I was/am blessed! After graduation, I even found where he lived so I could personally express my sincere admiration! Go Warriors!”

If you attended the Kampmann-Patton Honors Luncheon last May, you can help others appreciate what Patton and Pursell achieved together. Patton biographer Larry Booth – who provided copies of his book, “World’s Fastest Humans” to luncheon attendees – wants to continue to spread the word about Patton.

He asking anyone who enjoyed the book to post a comment/review on the Amazon site, “in order to widen the audience of those who might read about University High’s greatest athlete.” Yes, please!

Booth, a sprinter at Washington High School in Los Angeles (as was Kampmann), was coached by Patton at Long Beach City College and played a major role in the naming of the new track at Uni in his name. Helping spread the word even further about Patton honors his memory and that of Pursell, who died at 103 in 2004. Thanks in advance!