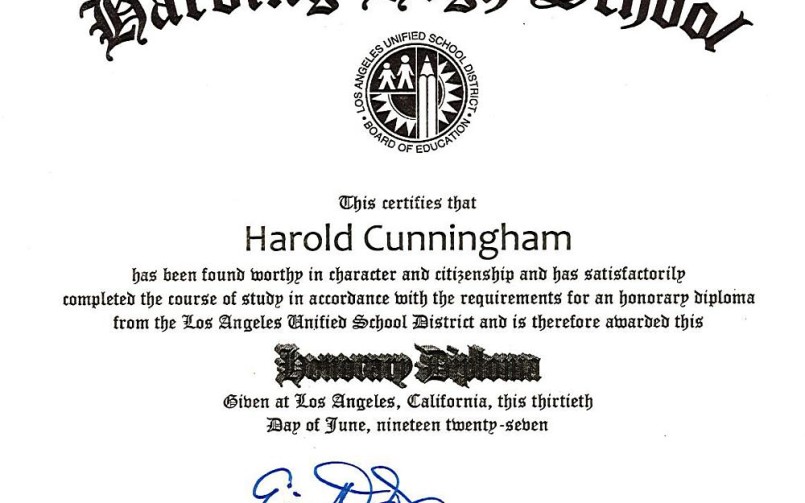 [Posted December 14, 2014] What is now University High School was originally Warren G. Harding High School, which opened in 1924. The name of the school was changed to recognize the opening of the new UCLA campus in nearby Westwood in 1929.

Pictured above: The Honorary Diploma given to 103-year-old Hal Cunningham (Photo courtesy UHEF)

Harold “Hal” Cunningham was born in 1911 and attended Harding High School in what was then known as the “Sawtelle” section of Los Angeles, beginning in 1926. Unfortunately, he never quite finished. Now 103, Cunningham still lives in the same Stoner Avenue home he grew up in, and received a Honorary High School Diploma that was awarded to him in a special ceremony at Uni on Monday, December 8, 2014. 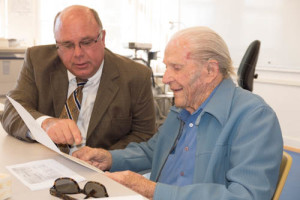 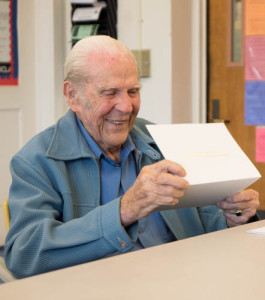 Hal Cunningham with his Honorary Diploma