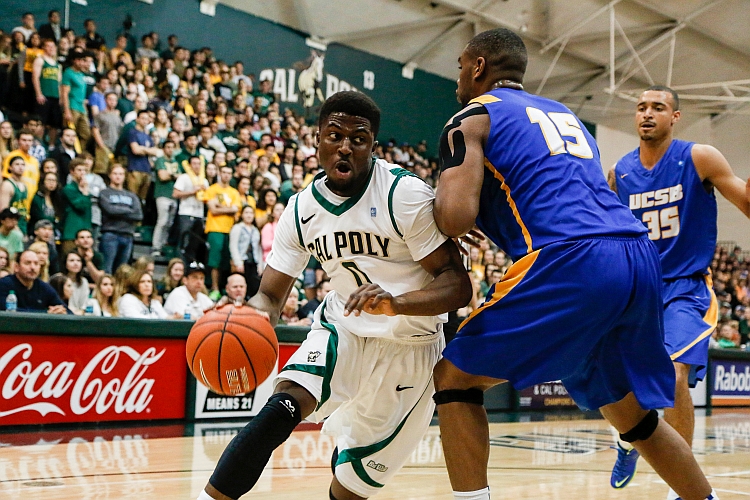 He’s made an immediate impact off the bench, scoring 11 points (and seven rebounds) in the season opener vs. Iowa and then 15 points (and five rebounds) at Santa Cruz, both wins for the D-Fenders. Check out his two-hand finish of a fast-break alley-oop pass here. Nwaba’s Uni coach, Steve Ackerman ‘89, was a proud spectator for the season opener at the Toyota Sports Center in El Segundo!

Nwaba was twice the Western League Player of the Year while at Uni and after transferring from Santa Monica College, played three years of collegiate basketball for Cal Poly San Luis Obispo (as shown in the photo above). He’s a 6-4, 210 lbs. guard; the D-Fenders will play through April 1; check out their season’s schedule (and broadcast information) here.