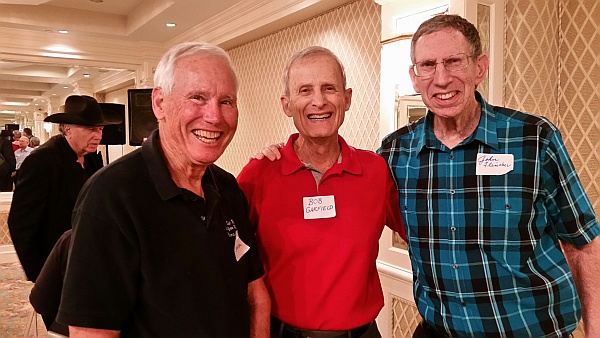 [Posted October 23, 2015] A hardy contingent of 65 “Grecians” celebrated their 60-year Reunion at The Olympic Collection in West Los Angeles on Saturday evening, October 17.

The attendees from the Summer 1955 class came from as far away as Connecticut, Massachusetts and North Carolina to the east, and Vancouver from the north.

“All had a fabulous and fun time, mostly just trying to recognize each other,” wrote Dr. Bob Garfield, one of the Reunion organizers. “All agreed that now we could stop worrying about dying young!”

Although Dr. Garfield indicated that this would be the final “official” reunion of the Grecians, he noted that “There were several well-wishing classmates that for one reason or another were unable to attend, but wanted to be included if another reunion was anticipated in five or ten years.”

Anyone wanting more information is encouraged to contact Dr. Garfield directly at drrobertgarfield@aol.com