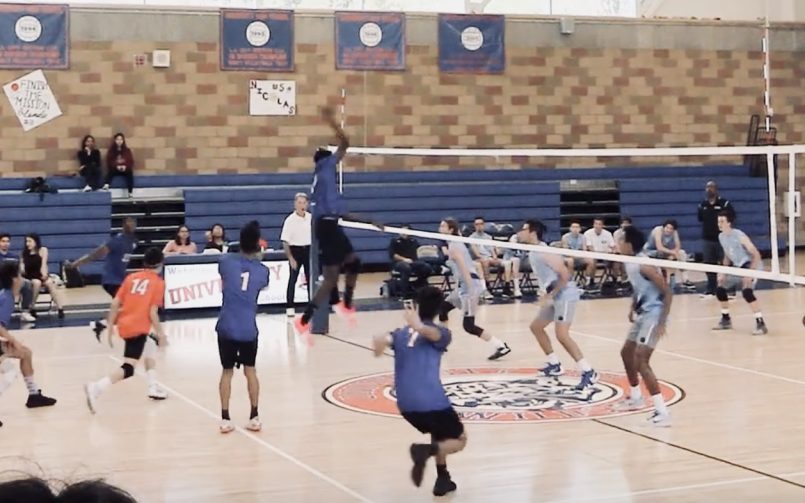 Volleyball.  Need I say more?  Both our girls and boys players have made Uni beyond proud, thank in no small part to Coach Randick and Coach Emilio “Memo” Vasquez.  Miriam Khorgamfar , who started as an opposite hitter this year, states, “Our coaches are so good.  They put so much effort into coaching and caring for every individual. Coach Memo is also really fair and ensures play time for those who really put forth a lot of effort. He is always ready to provide extra practice and encouragement to anyone who wants it.”

The girls had a really great run this year, almost making it to the championship when misfortune struck and they lost their team captain, outside hitter senior Paige Wright, to a knee injury.  Team members Isabella Burnett and Estrella Garcia-Lewis spoke of the loss,  “Paige was always very vocal on the court.  She provided a lot of encouragement to both JV and Varsity.” Still, they had a great season, and are really proud of their team. 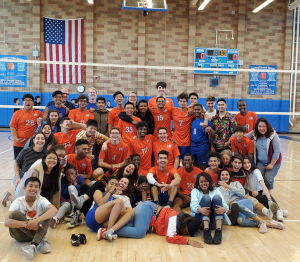 As for the boys, let me just say, 31-8.  It’s quite a record, and I got a chance to sit down and talk all about it with Varsity outside hitter and junior, Nate Davis.  Nate, along with the rest of Uni, is excited that the team got moved up to Open Division.  This is the highest ranked division, so Uni will be playing the best teams from around the state.  Currently, they are the only Uni sports team that is in Open Division.  They just swept a tournament at Sylmar, making them the first Uni Team in history to do that.  He, like the girls, couldn’t say enough about the coaching, “Coach Memo brought these players to the level they are today.  None of these players had even touched a volleyball previously.” The team, led by co-captains Donovan Robinson and Orlando Alvarado, has developed great chemistry over the course of high school.  At this point, Uni has the biggest block in the city, and no one can penetrate their defense.  We have the highest ranked block, with only one middle blocker form Pali tying us. Donovan Robinson is one of the highest ranked opposite hitters in the state.

Nate really makes clear how much hard work and great coaching has gone into making this happen. “At Pali, a lot of these guys have been playing together for ten years.  Many can afford to play clubs sports, but here we are –never even having touched a volleyball until high school.  You don’t see a lot of teams of color in the same situation doing this well.” Nate Davis has now received a scholarship to play club and is really enjoying that opportunity. “Everyone is really motivated to bring in a championship for our coach, who has brought us together and built us up.”

We are so proud of all of our athletes at Uni, and we can’t celebrate our volleyball players and coaches enough.   Go Wildcats!