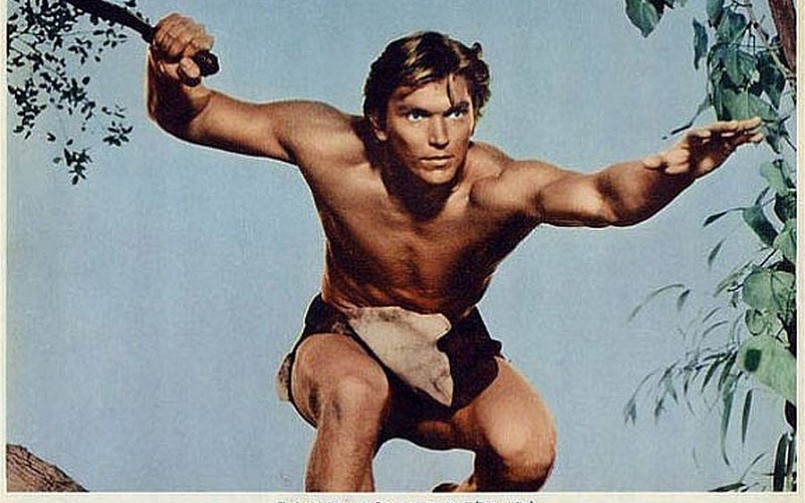 [Posted September 16, 2014] There’s a long and close relationship between Uni and the entertainment industry that was blossoming when the school opened in 1924.

Pictured above: Denny Miller as “Tarzan the Ape Man” in an MGM movie poster for the 1959 film.

But only one Uni grad has played the famed role of “Tarzan”: Denny Miller, who passed away on September 9 at age 80.

Born in 1934, Miller attended Uni in the early 1950s and went on to UCLA, where he played basketball for legendary coach John Wooden. As a 6-4 forward, he won letters in 1954 and 1958. He left UCLA once for military service, then again after the ‘58 season when a talent scout reportedly asked him to do a screen test after seeing him moving furniture for Bekins Storage.

He got the role as Tarzan for the 1959 “Tarzan, the Ape Man” movie that proved to be mildly profitable, if an artistic flop. Many scenes from earlier Tarzan films were reused, and according to his Wikipedia entry, Miller spent only eight weeks of his 20-month contract with MGM in the Tarzan role.

Nevertheless, he was the first blonde Tarzan and the 12th to play the role. He also returned to UCLA and received his degree in kinesiology.

Miller went on to a long career in film, television and commercials. He had a lengthy run in the television series “Wagon Train” as Duke Shannon and made 200-plus guest appearances into the 1980s. He was equally famous as the face of Brawny Paper Towels for a decade and for his 14-year role as the fisherman on Gorton’s Fish Sticks commercials.

He moved to Las Vegas with his second wife in 2002, and, sadly, was diagnosed with ALS in January of this year.

(Hat Tip to Ivan Finkle ‘50 for noting Miller’s passing and his connection to Uni. If you have a item you’d like to share, contact us at Connect@UHEF.org.)