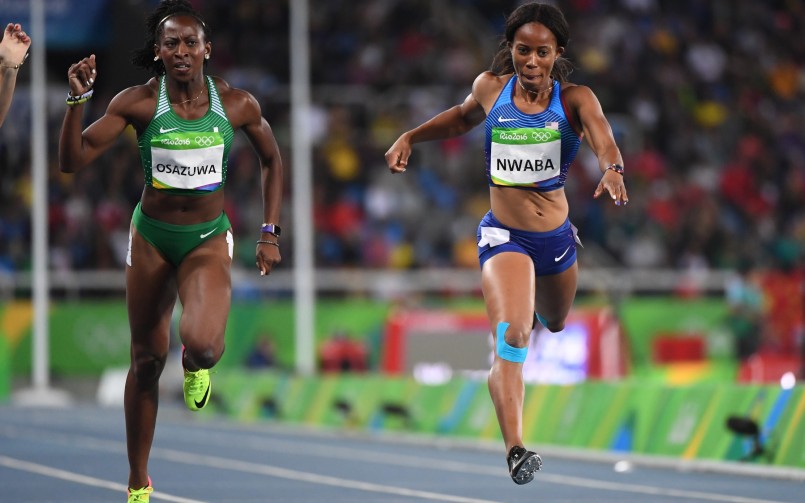 [Posted August 13, 2016] Uni’s first Olympian in 68 years overcame a slow start to finish 12th in the Olympic heptathlon in Rio de Janeiro. Barbara Nwaba ‘07 entered the event as the U.S. champion after winning the Olympic Trials in July and had high hopes of competing for a medal.

She was well back of her lifetime best of 6,500 points from 2015, but at age 27, she has her best days in front of her and can certainly expect to compete to be on the U.S. team for Tokyo in 2020. If she makes it, she would be Uni’s first-ever two-time Olympian!

Uni had another Olympic connection to Rio through Melanie Goodman ‘74. Her daughter, Andi Murez, was an All-American swimmer for Stanford and competed for Israel at Rio in the 50 m Freestyle, 100 m Freestyle and 4×100 m Freestyle Relay. She swam well, but did not advance out of the preliminaries in any of her events. On to Tokyo!