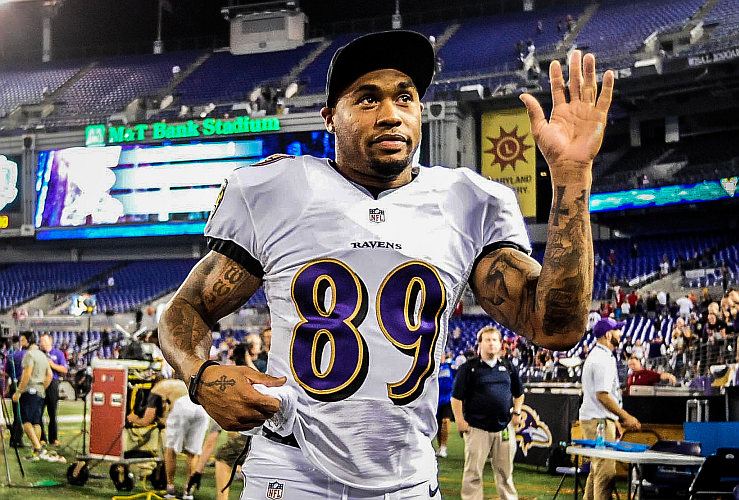 “This is to notify you that as of today, I, Steve Smith Sr., will no longer be antagonizing defensive backs. I am retiring from the National Football League.”

With that letter, sent January 2, the greatest football player ever to attend University High School ended what could be a Hall of Fame career as an NFL star.

Smith graduated from Uni in 1997 as a standout in both football and track, where he set a still-standing school mark of 38.73 in the 300 m intermediate hurdles.

He went on to Santa Monica College, where his play at wide receiver drew the attention of the University of Utah, then of the Mountain West Conference. He was an all-conference selection as a wide receiver in both 1999 and 2000 and was selected in the third round of the 2001 NFL Draft by the Carolina Panthers.

Now 37, he and wife Angie have four children and the Smiths have devoted significant energies to community service, especially with Samaritan’s Feet, a charity which supports the provision of shoes to those in need. Smith told Yahoo! Sports that he understands from personal experience – no doubt from his Uni years and before – the importance of helping others.

“To be poor … to be hungry … to not have much. I know what it’s like to be on food stamps. I know about all those things. I can identify with that, because it wasn’t too long ago that I was that kid.”

All this from a 5-foot, 9-inch athlete who was continuously told he was too small to play top-level football. The Disney motto of “If you can dream it, you can do it” applies to Steve Smith, Sr. Have fun in retirement!