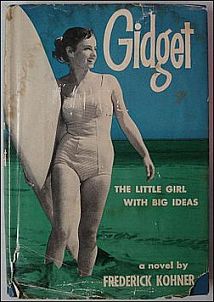 [Posted June 3, 2016] For more than four decades, the female side of the Southern California surf culture was epitomized in the story of “Gidget.” In fact, the story of Gidget – in print and on the silver screen – is all about Uni! Gidget, a teenage girl who loves to surf, was written about Kathy Kohner ‘58, first in the 1957 novel, Gidget, The Little Girl With Big Ideas. The author was none other than her father, well-known screenwriter Frederick Kohner, who went on to write eight “Gidget” novels […]