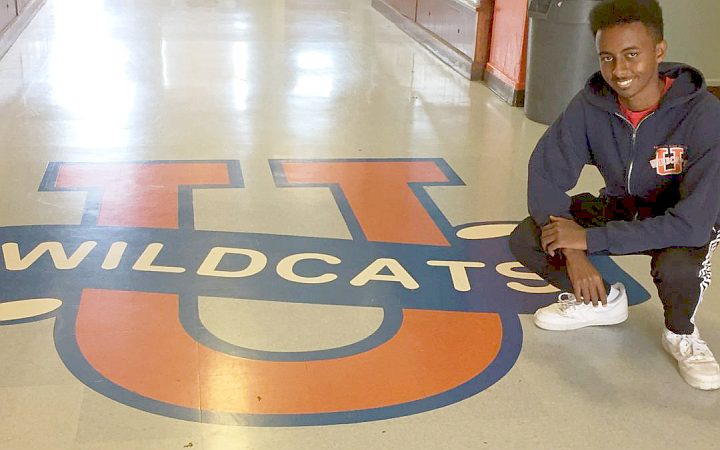 Jacob Abraham: From Eritrean roots to the Ivy League

[Posted June 5, 2017] Uni’s mission is to educate, inspire and prepare young people to take the next step in their lives. Its success, as noted by the naming of University High School as one of the top-20 schools in the United States by the International Education Bureau of the nationally-recognized Walt Disney Motif Awards, is further underscored by the remarkable story of senior Jacob Abraham.

His achievements were profiled in the L.A. Unified School District’s daily report on May 19, including:

“[He enrolled] in University High‘s most rigorous college preparatory classes, including honors and Advanced Placement courses. He also played cello in the school orchestra and was selected to participate in University’s Peer Mediation program. He ran track for the Uni Wildcats and was captain of the cross-country team.

“He has accepted the offer from Brown to enroll in its eight-year Program in Liberal Medical Education, which guarantees students admission to medical school after they complete their undergraduate degree. He plans to become a cardiologist or radiologist, fulfilling his lifelong dream of becoming a doctor.

“His acceptance to college also fulfills the dreams of his mother, an immigrant from the East African country of Eritrea.”

Isn’t that what we all hope for for Uni’s students? Congratulations to Jacob and the Class of 2017 Wildcats moving on to colleges across the nation.