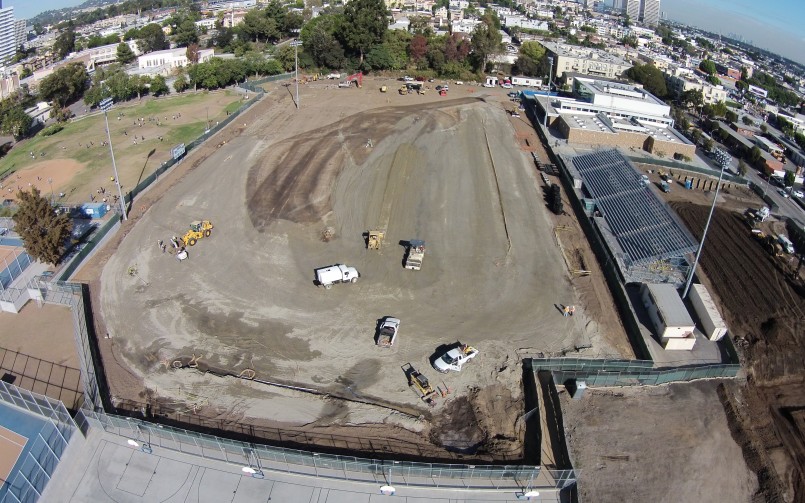 Big changes as Uni’s new field and track under construction

[Posted December 11, 2014] After all the politicking and promises, the conversion of Uni’s ancient, pitted football field and dirt track is now well underway.

Ohno Construction, the contractor responsible for the job sent these now-and-then pictures, from September 10 as the work was just starting (below), and from November 19 (above). In the November photo, the clearance and grading of the field and track areas is nearly complete, ready for the next phase. 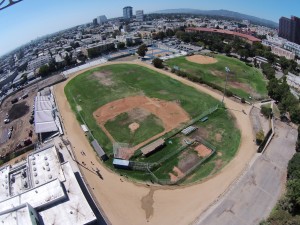 Uni’s ancient field and track, before the start of construction, on September 10, 2014.

Also of interest is the graded area behind the existing football-field bleachers, being cleared under a separate contract to make room for the new, 62,000 sq.ft. Collins & Katz Family YMCA, expected to open in 2016.

The bleachers shown in both photos will remain in place and be used by spectators for both football and track in the new facility. Barring any unforeseen setbacks, the new FieldTurf football field and all-weather track should open in the spring of 2015.