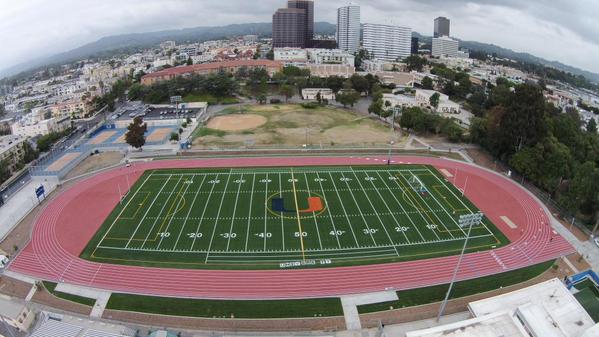 [Posted May 15, 2015] The hard, uneven dirt that was the University High School football field and track are no more. A gorgeous AstroTurf field and bright red, Rekortan S all-weather track are now available after the completion of the field and track renovation this week.

The old field and cinder track were plowed under in late 2014 and the site cleared in December. From there, the lengthy process of getting the field surface installed took a little more than four months. 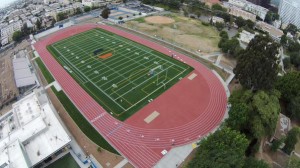 The track under-surface was completed about the same time and the actual running track was poured in late April.

Both projects were constructed by Ohno Construction of Seattle, Washington, which has done similar programs for Belmont High School in Los Angeles, as well as many others. 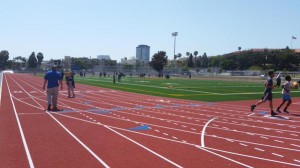